August 2021 – A thought from the Principal 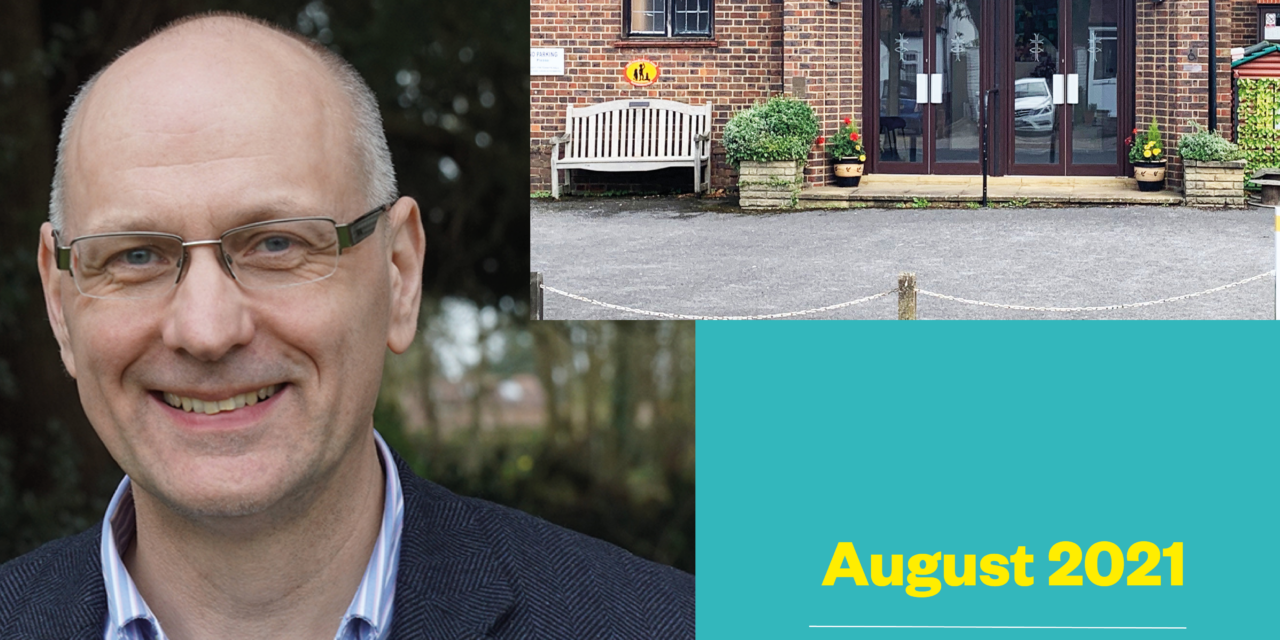 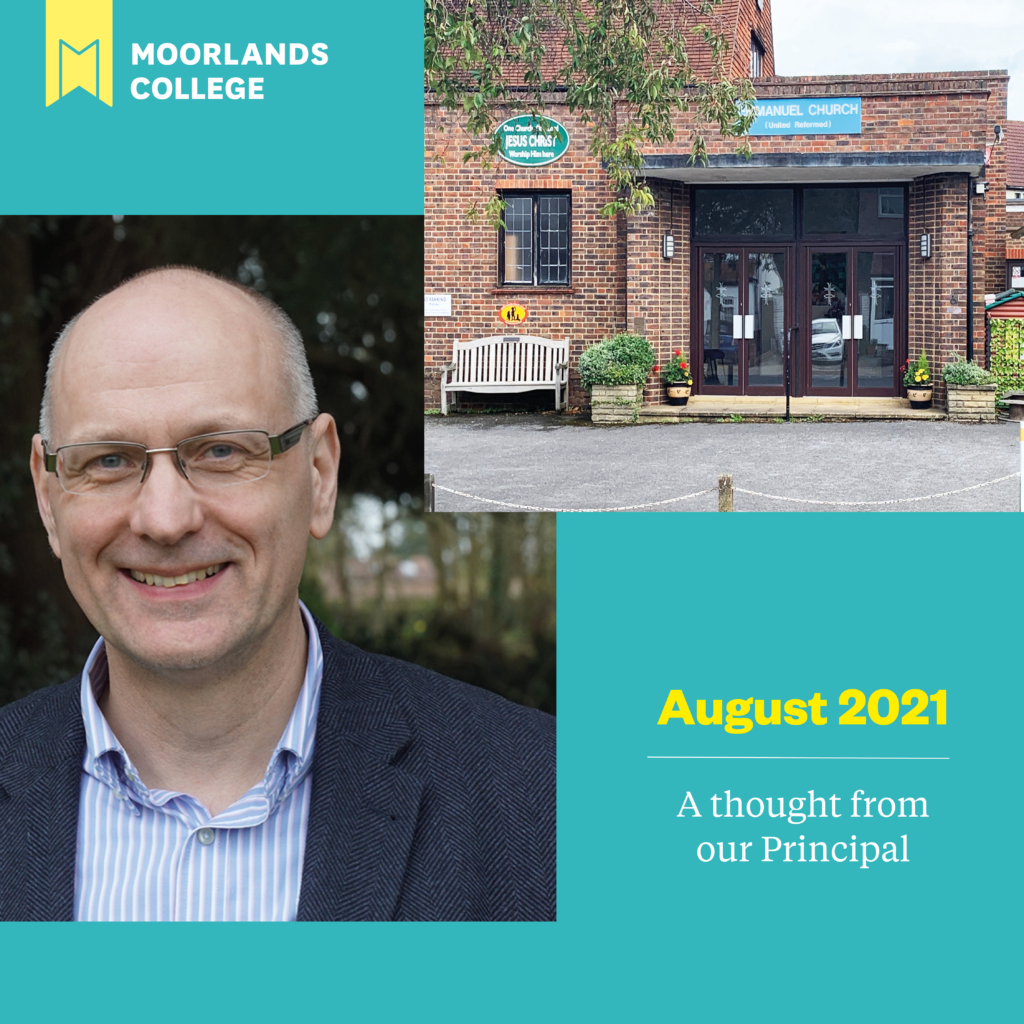 50 years ago at this church side-entrance, my Christian adventure began. The photo was taken recently on a trip back in my hometown of West Wickham, Kent, visiting old haunts and putting flowers by my late mum’s burial plot. One of my other stop-offs was here at Emmanuel URC in The Grove. Back in 1971, it was called Emmanuel Congregational Church, and peer pressure to join the Cub Scout pack that met behind these doors goaded a pretty irreligious 7-year-old from a non-churchgoing family to drag himself alone and reluctantly to Sunday School, which also took place in the same building. You had to attend Sunday School then to be a Cub, and it felt like a burden to me.

Hitherto, I’d found my few visits to church for rites of passage either confusing, intimidating or boring. So, expectations were low. Yet as I approached, I saw a kind, smiling man on the steps, welcoming everyone by name. “You must be David”, he said. “I’m Mr Pitt – Frank Pitt”. My mum had phoned earlier in the week to let him know I was coming, and she’d probably given him a description – but still, it was impressive. Even in that moment, I could see he was full of life – that there was something different about him, and not just the fluorescent attire that was in vogue at that hippy-influenced time.

I learned that Sunday School here was in fact called Junior Church, which intrigued me, and seemed somehow less daunting than I’d imagined. And so it proved. In fact, Frank led it, and he and his children’s work team made it enthralling, and fun. They helped me to understand Jesus and, ultimately, to give my life to him. That would take a few more years and there were setbacks along the way, including a tough parental divorce that shook my nascent faith. But Frank’s team, and the youth group leaders who oversaw the next stage of my journey, guided me to conversion at 15, and later still, joined the wider fellowship in supporting my call to ordination.

Much has happened since those early years in my first congregation of Christ’s people. Getting married and having children. Theological study and research. Serving as a pastor. Working for the Evangelical Alliance, and then as a theological educator and Principal – now at the wonderful Moorlands College. But in so many ways it all began on these church steps, with Frank’s Christ-like hospitality. At Moorlands, we teach the value of welcome to all our students and seek to model it all who visit us. As we do so, I often have this picture in my mind’s eye, and it was good to inhabit it physically again, even if Frank himself went to his reward a while ago.