Home E Opinion E Defeat=Victory. Neighbour=Enemy. Bible=Truth?
In a televised interview discussing the 2017 Presidential inauguration she was responding with alternative facts to the general consensus that the attendance had not been high. Quick as a flash, the interviewer responded, “Alternative facts are not facts. They are falsehoods.”

Conway had probably only meant that the disagreements over the numbers at Trump’s inauguration were based on incomplete evidence. What she meant by alternative facts were probably ‘additional’ facts or ‘ignored’ facts (though perhaps I am being generous here). However, the language plays into the impression that truth is relative—specially for governments—and can be made to suit any purpose of those in power. Apparently, in the wake of Conway’s comments, sales of George Orwell’s 1984 rocketed. His description of a dystopian future in which government used “Newspeak” to control the masses was taken by many to be prescient. The world of 1984 has plausibility with its descriptions of the Thought Police and Big Brother because, in a sense, we know it has always been this way. Whether it is Stalinist Russia, Hitler’s Europe or Kim Jong-un’s North Korea there is little surprise in reading political statements that bear no relation to objective reality.

Governments have understood that power requires control and that includes the manipulation of knowledge through language. Describing a defeat as a victory, or a neighbour as an enemy, is a useful way of shaping the attitude of a nation. Remarkable examples from the ancient world abound.

When we are asked why the ancient Egyptians provide no unambiguous record of the Exodus we should remember the antiquity of ‘newspeak’. The Egyptians did not record defeats or failures. One of the greatest chariot battles fought in ancient history was the confrontation between the Egyptians and the Hittites on the plain of Kadesh in 1274BC. The battle is recorded in great detail by Ramesses II and, since the decipherment of hieroglyphics, well known to scholars. Having initially suffered a set back as a result of being lured into an ambush, Ramesses had bravely and successfully organized a counter attack on the Hittites and delivered defeat upon them, driving them home. At least that was the story known to scholars until early in the 20th century.

“[We] should remember the antiquity of ‘newspeak’. The Egyptians did not record defeats or failures.”

Then in 1906 excavations began in Turkey at the ruins of Hattusa, capital city of the ancient Hittites. There, among the remains was a vast royal library of clay tablets. Among the 10,000 documents were three copies of the Treaty of Kadesh. At last, it was possible to read about this same great battle but from the perspective of the losers. And it turned out that they did not consider themselves to be losers. The Hittites claimed that the victory was theirs, and it had been the Egyptians who had begged for peace.

Another great example of ancient ‘newspeak’ was a selective approach to history. The British Museum displays a list of kings from the time of Ramesses II, notable for what it fails to record. King follows King apparently in seamless succession but we know from elsewhere that a number of pharaohs are absent from the record. Kings associated with the failed attempt to impose monotheism on Egypt are discreetly ignored and make no appearance in this selective history.

So it should not surprise us that some matters of interest to Biblical history are not given a place in contemporary accounts. Such records were closer to propaganda than to history and served to bolster the prestige and position of their leaders.

Is the Bible itself another example of ‘newspeak’ and propaganda? At this point, the comparison breaks down. Think of how brutally honest the biblical writers are about their leaders and kings, their people and problems. Abraham, Moses, David and Solomon were the founding fathers and heroes of Israel’s emergence. But we read of their frailties and failures. There is no attempt to whitewash their biographies or gloss over historical defeats. Isn’t it interesting that the people of God are known by the name ‘Israel’, he who struggles with God, hardly a glowing reference?

“Is the Bible itself another example of ‘newspeak’ and propaganda? At this point, the comparison breaks down.”

The world of alternative facts is not new and Orwell’s book remains relevant because it deals in timeless concerns with power’s manipulation of truth. Apologetics and preaching are not the business of dumbing down or selling out but of proclaiming true truth in this world of alternative facts. There is reason to be optimistic that truth will endure long after falsehoods are forgotten. 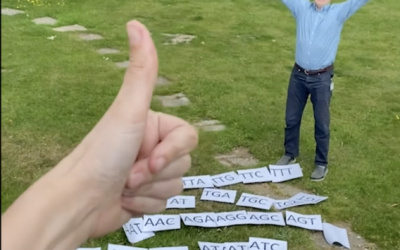 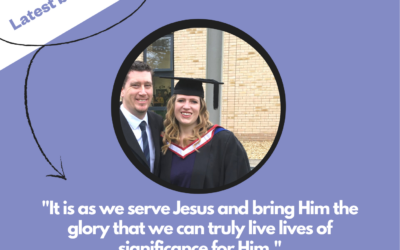 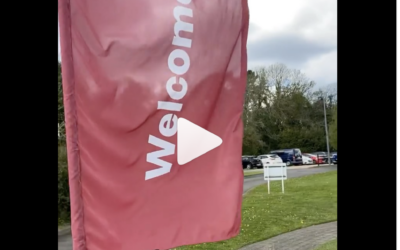