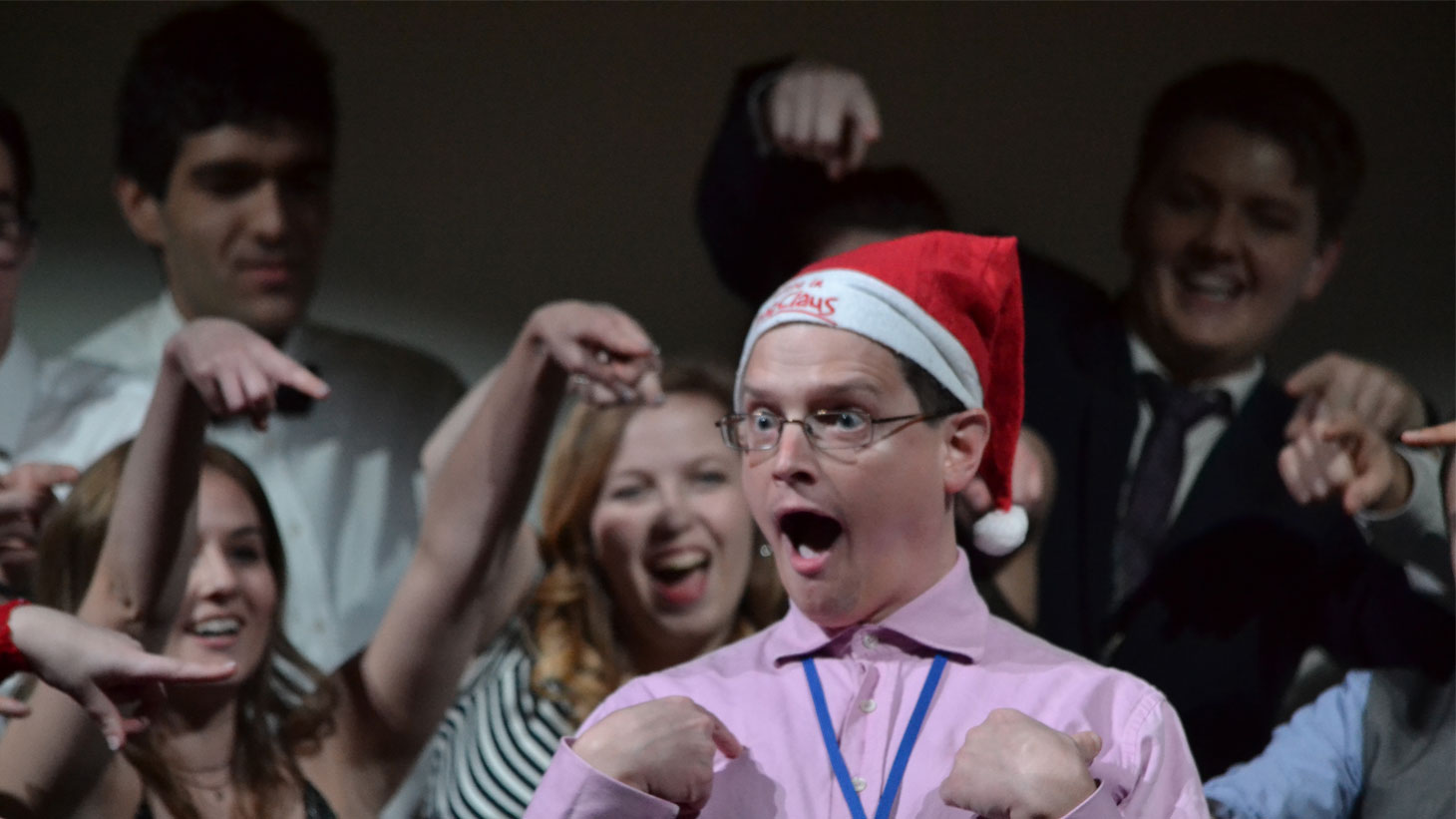 This November, our Student Council organised a Film Noir themed night; the council made mocktails and buffet food was served by the Moorlands kitchen team.

Enjoy this selection of photographs captured by Amie Ramsden, of students from all year groups who signed up to perform…

Above: Witty duo, Joshua Clark and Laurence Sampson, performed a rap full of beatboxing and humour.

Above: A triumphant Peter Dawkins, after singing one of his own songs.

Above: Scott Rushby and Sarah White sang a medley of songs ranging from The Lion King, Frozen and Arthur the Aardvark!

Above: Megan Watkins stunned as us all by performing a song in the style of opera; a secret talent of Megan’s which many of the audience were unaware of.

Above: Jokers Chris Bancroft and Callum McKay filmed a video full of their adventures across campus; featuring escapades during the student-run exercise class Boot Camp and their interactions with Moorlands staff and students.

Above: Full of drama and humour, Fiona Cursiter performed the song Popular from the musical ‘Wicked’.

Above: Thomas Langston and Peter Dawkins sang their version of Don’t Stop Believing and all the students held up phone torches to support them!

Above: ‘Story Time with Daniel’ was a time where the lights were dimmed and Daniel told amusing stories about his beloved Nanna.

Above: Anna Boorman played banjo, Jess Williamson on guitar and Jo Hawthorne sang as the group played one of Blake Shelton’s classics, God Gave Me You.

Above: Writing amusing poetry on stage, Ben Holton humoured the audience through his magic act.

Above: Pete Oram, Joshua Clark and Daniel Brooks came together as a band to play the song Spark by Amber Run.

Above: Traditionally, the leaving third year students get together and do a group performance, featuring gospel song Oh Happy Day, You Can’t Stop the Beat from ‘Hairspray’ and So Long Farewell from ‘The Sound of Music’. For the full performance, see the video below!