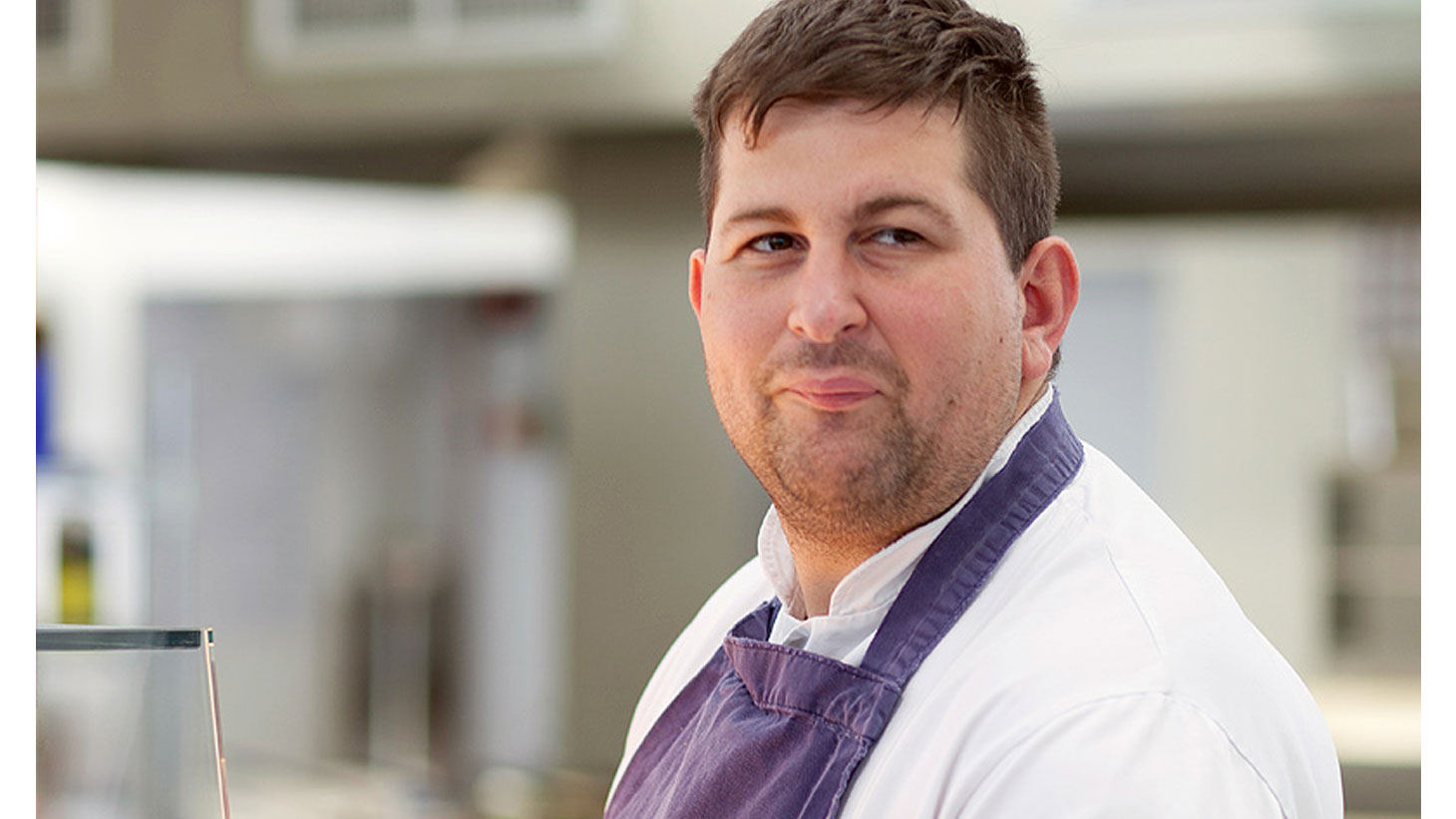 Warning: This article includes content that may make some readers feel hungry…

After working at Moorlands College for seven years, Andy Newton has ‘stepped up to the plate’ and has worked his way to the top, taking charge of the kitchen team after his predecessor, John Blair, retired in the summer of 2016. As well as Andy, the team at the Christchurch Campus now consists of chefs David Rainey and Jacob Waters, and kitchen porter Hannah Mathers.

After several building projects were completed across the campus in November 2015, the new kitchen and Hub dining hall were officially opened for students, staff and external group bookings. The new area has meant that the team has more space and can therefore provide multiple options on the menu during lunchtimes.

Looking back at the past few months since becoming Head Chef in July 2016, Andy spoke of his passion for working in this environment: “I’ve enjoyed working with the Student Council at events such as the Big Breakfast and Winter Variety; it’s been great to get to know them better. I am also really enjoying writing the menus for each day and putting my own ideas in.”

Some of Andy’s favourites to put on the menu are Madras Burgers, Lasagne, and Sticky Chicken, the recipe of which can be found below. “These are recipes we’ve had in previous years and I have now tweaked them. I love cooking all of the meals that we make and it’s really rewarding when someone says that it tastes extra nice that day.”

This winter, the team are putting on six Christmas dinners to ensure that students from all centres and levels of study get a chance to enjoy Christmas at Moorlands. To give an idea of how much preparation goes into these meals Andy revealed that, as well as other festive ingredients, he has ordered an immense total of 1,200 pigs-in-blankets!

Whilst on the topic of grand meals, I asked Andy what he would cook for the Queen if he had the chance; Andy went away to think about this as he wanted to do the hypothetical—yet hopeful—question justice. The next day, Andy responded with this royal menu:

When looking to the New Year, Andy has lots of ideas in mind for new meals to add to the menus. He has listened to students’ feedback and is going to introduce Chicken Fajitas, Cod with Chorizo Crust, Spicy Chicken Balls and Pulled Pork Burgers. Additionally, each Wednesday for tutor groups, the Kitchen is going to be introducing themed days in the Kitchen. One Wednesday may be Thai themed and the next week it may be Spanish; other themes include Mexican, Italian and Indian!

Above: The Moorlands Kitchen team recently celebrated their Food Hygiene Rating of a 5, the highest award to be achieved. (Left to right: David Rainey, Jacob Waters, Head Chef Andy Newton and Hannah Mathers)

Andy and the team will also be confidently stepping into the New Year, holding their heads high, as they recently were awarded a Food Hygiene Rating of five after the annual unannounced inspection. Andy spoke of this achievement: “A Food Hygiene Rating of five is the highest you can get. When I started the job as Head Chef, this was something I was going to set out to do; it’s a real achievement. I wouldn’t have been able to do it if I didn’t have such a great team behind me.”

Andy has provided the recipe for one of his favourite recipes, Sticky Chicken:

Method
Mix all the ingredients together, then add the chicken and fully smother for at least three to four hours (overnight is better). Place on a tray and cook in the oven for two hours on 180°c.

Above: The kitchen team find a rare moment to share a coffee break together.